242 HASHTAGS
by Patrik Mollwing
There’s no denying that Instagram has become a tried and tested place for illustrators (and many other creatives) to share their work. Whether a good or bad thing, it’s a platform that enables people to reach wider audiences, often through the use of hashtags.
“I’ve been using hashtags on Instagram as a way of extending the titles [of my work], sometimes giving the context of the pieces, but most of the time to point the associations in a certain direction,” Stockholm-based illustrator Patrik Mollwing tells It’s Nice That. “But obviously also to catch the interest of a new audience by tapping into unexpected categories of content,” he adds.
In an attempt to physicalise this interaction, Patrik has created Two Hundred and Forty-Two Hashtags, a somewhat traditional illustration book in its form, it borrows from the “search by hashtag” culture we have become accustomed to.
The beginning of the book features a list of hashtags ordered alphabetically, from #abnormal to #yum with the likes of #newcarsmell and #dentalissues appearing in-between. After each word is a page number, at which you can you find whatever piece of Patrik’s work was shared using that hashtag. For example, #blackanddecker, #bosch and #volcano all lead you to page 36 and one of Patrik’s favourite pieces from the book, Snoop.
In what is the illustrators signature style, Snoop shows two figures with wobbly thick outlines either side of a wall. “I drew this one as my neighbour had his flat fully renovated. Drill vs concrete from eight to eight,” he recalls.
Ranging from work Patrik made in 2015 to 2017, Two Hundred and Forty-Two Hashtags is organised strategically, not chronologically. “Rather than sorting the work by date I had them arranged by how they would be perceived together. Keeping the readers’ attention by switching viewpoints and arrangements but also placing pieces with the same colour palette together,” Patrik explains, also grouping work with a certain mood or theme together.
-
Size:225 x 270 mm
Pages:112
Printed on IOR Premium 135 gr paper.
Year:2017
Publisher:Stolen Books
Plus: 170 x 220 mm exclusive risograph print inside
All photos © Stolen Books 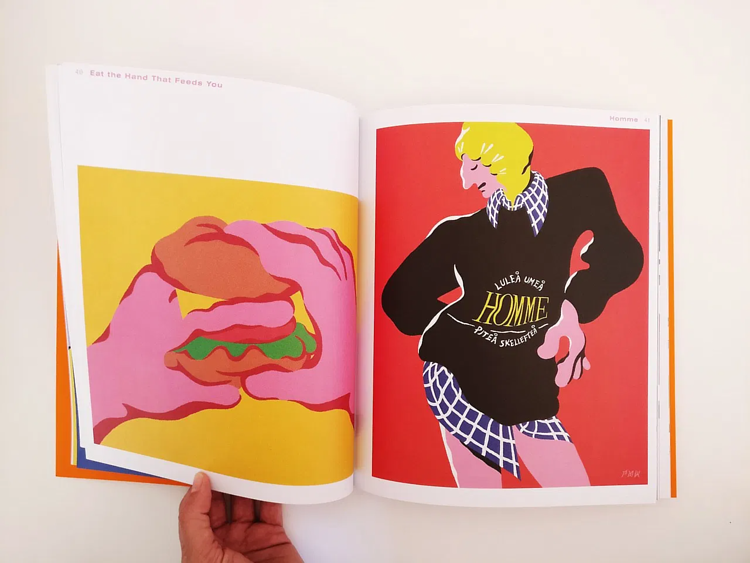 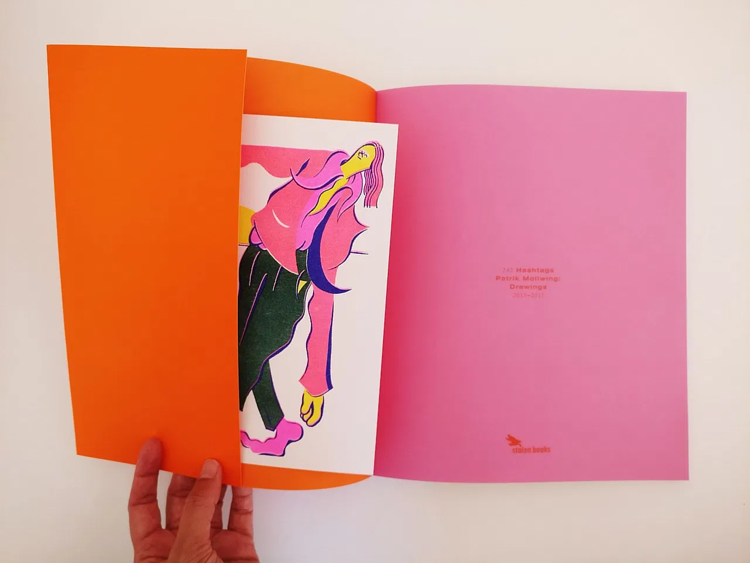 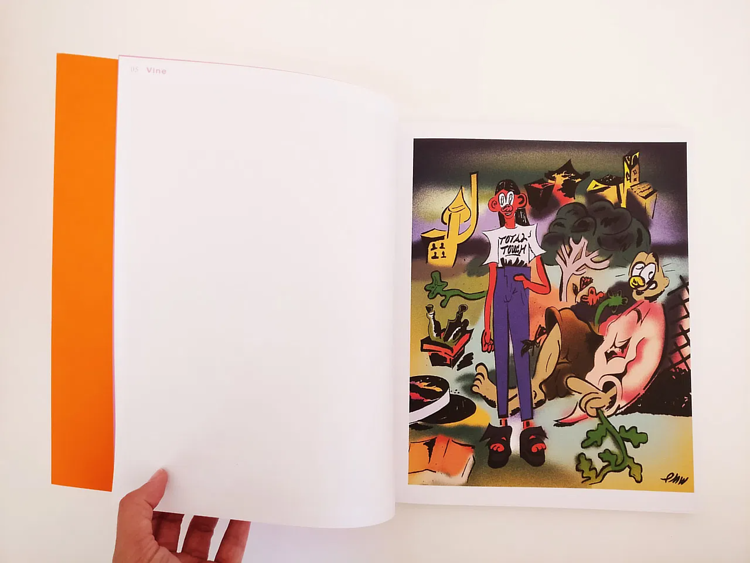 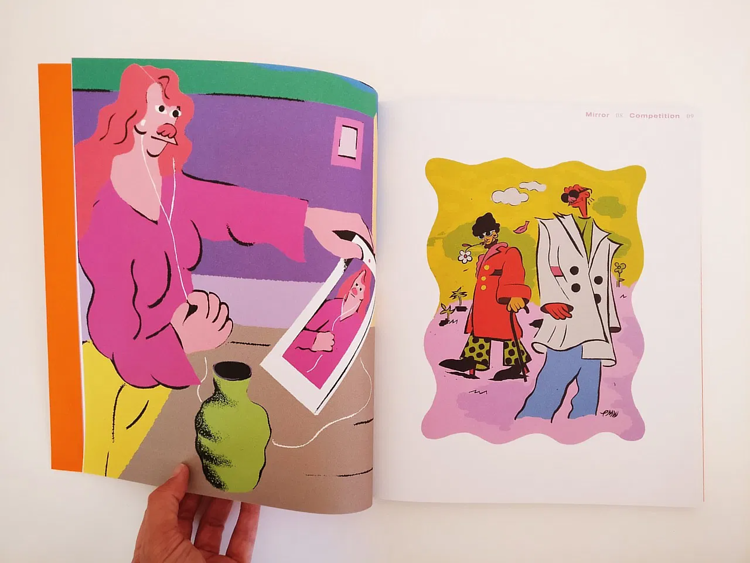 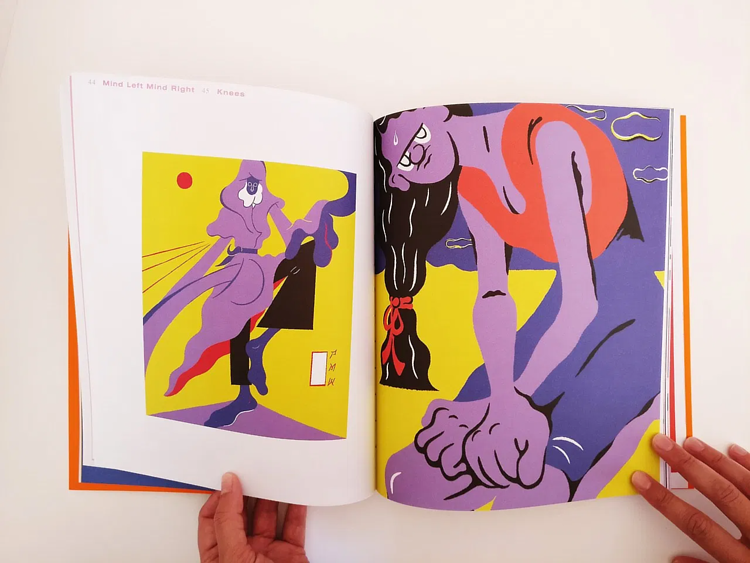 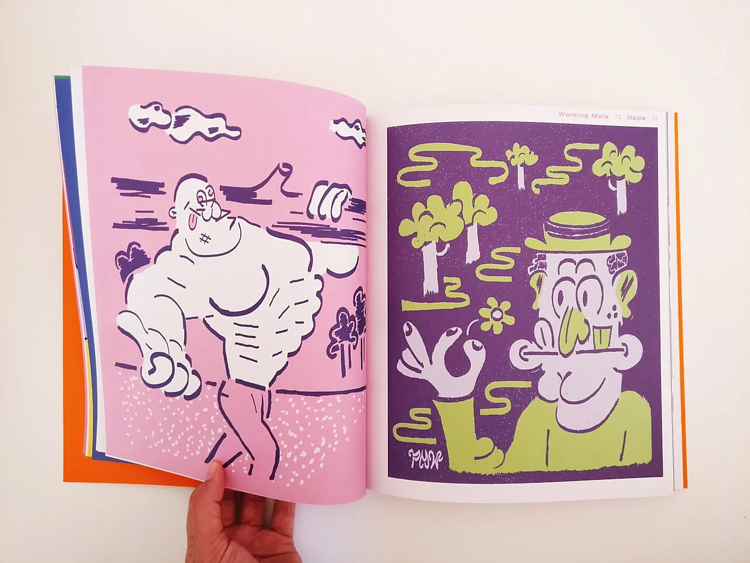