As a very small independent magazine publisher, releasing a new issue in 2020 sounds like a crazy idea. After the initial discouragement of the pandemic and political uncertainties earlier in the year, we realized that the more fragmented the world becomes, the more difficult conversations we must have – so we decided to carry on with publishing and leave our own mark on a year that has fundamentally changed our lives.

In this issue, we talked to young Chinese artists and art workers who grew up in the era of globalization and experienced studying and living in western countries, inviting them to share their thoughts on the idea of traveling in between cultures.
How do they observe the new country that becomes a temporary home and reflect on their own cultural background? What is their personal experience migrating between different cultures and values? How do these experiences affect the artwork they make? Through these conversations, we see a new generation of Chinese artists whose approach to the world is quite different from their predecessors.
Acknowledging the reality of the world that this new issue is birthed in, and to preserve memories of the impact the pandemic had on the artist community, we held an Open Call asking artists to submit work they made during quarantine.
In the end, five young artists’ work was featured in this issue. Through their work, they investigated intimate relationships in isolated times, as well as art’s relation to a society in crisis.
Each issue, we work with a different designer and give them total freedom to craft a unique look for the magazine. The 5th issue of [soft] is designed by Studio Pianpian He & Max Harvey. The designers took inspiration from the dispersed world we are living in, the conflict between China and the west, and embedded this fragmented perspective into their design.
Images are split in half, appearing on different pages, with text aligned around the negative space left by the images. Unlike the conventional approach to designing a bilingual magazine, where the two languages run side by side, the designers consciously chose to separate the magazine in half, where the Chinese and English content remains on their own sides.
Language: Chinese/English
Black and white on colored paper
section-sewn binding with book jacket
112 x 330mm
180 pages, 285g
Edition of 300 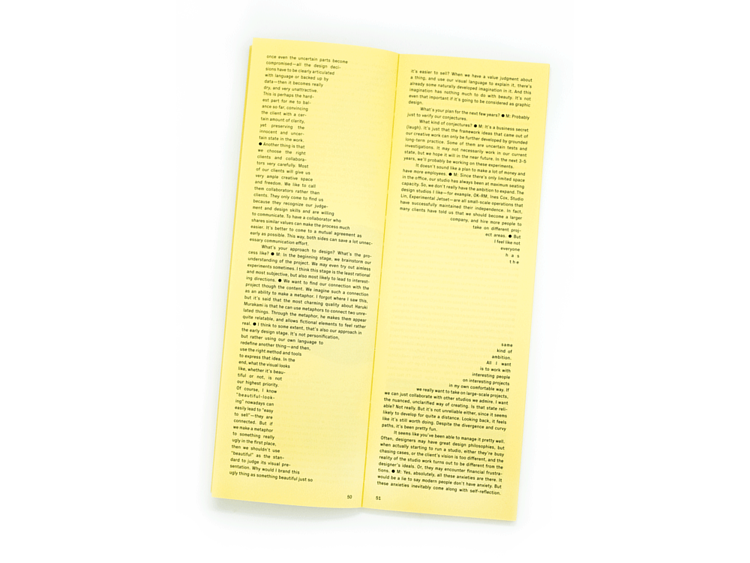 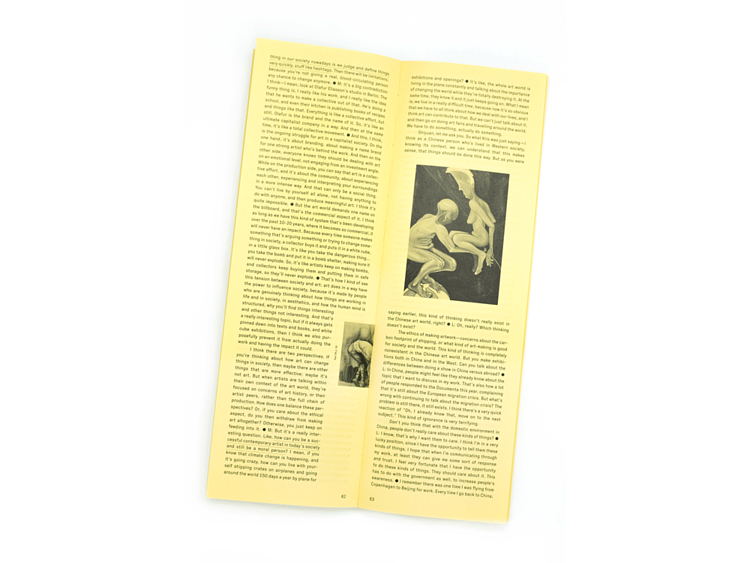 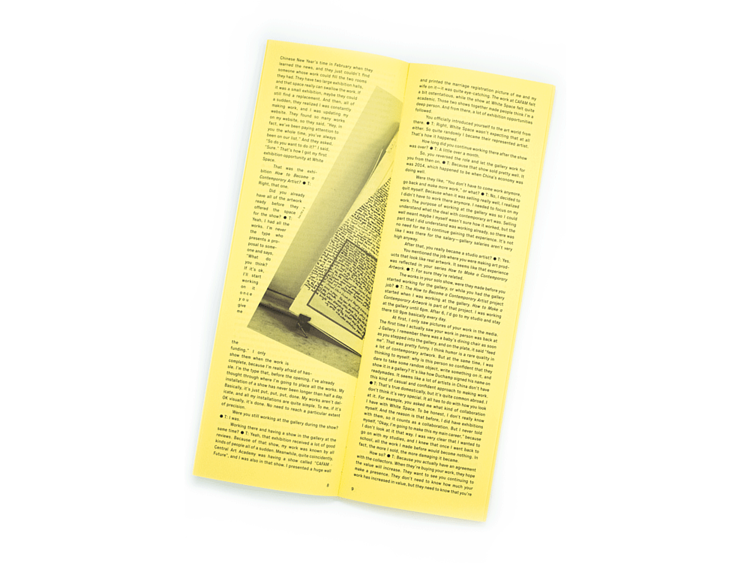 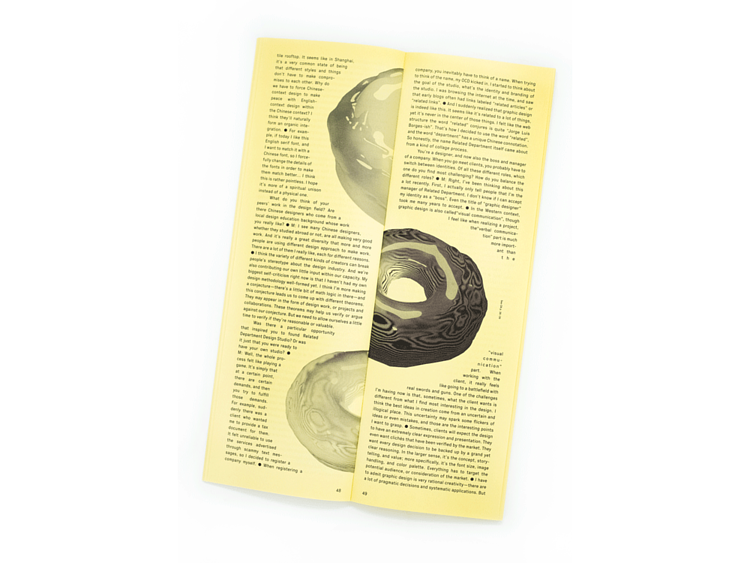 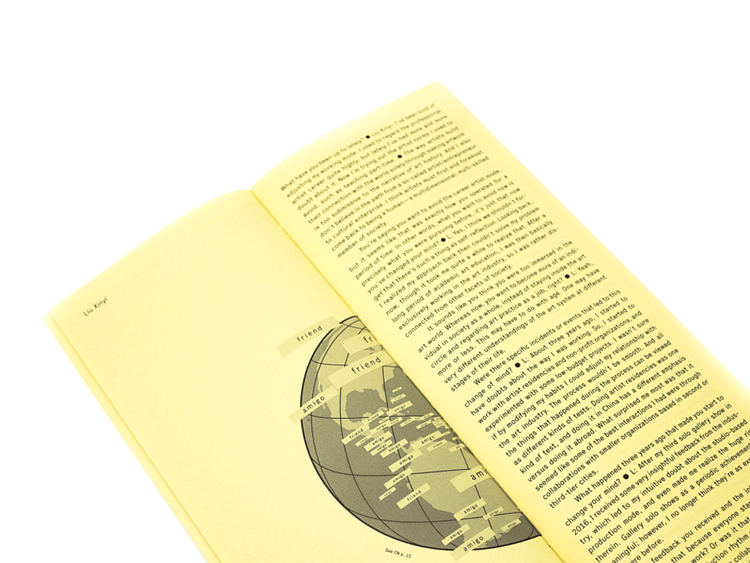 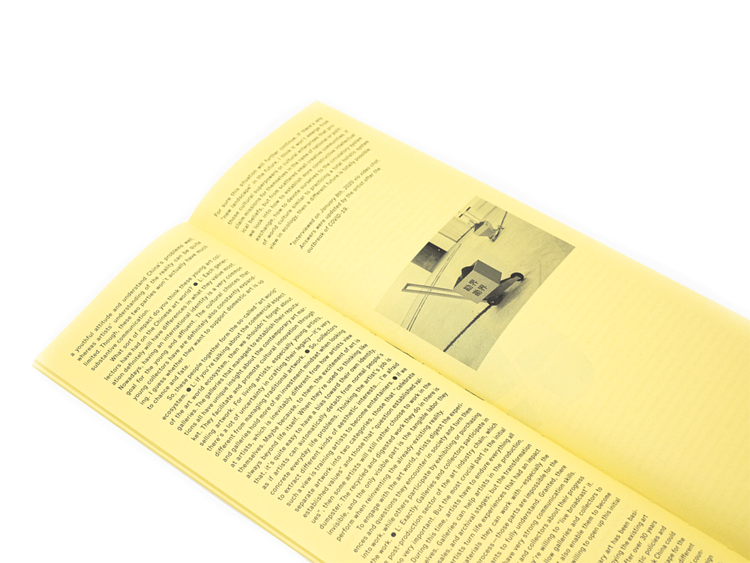 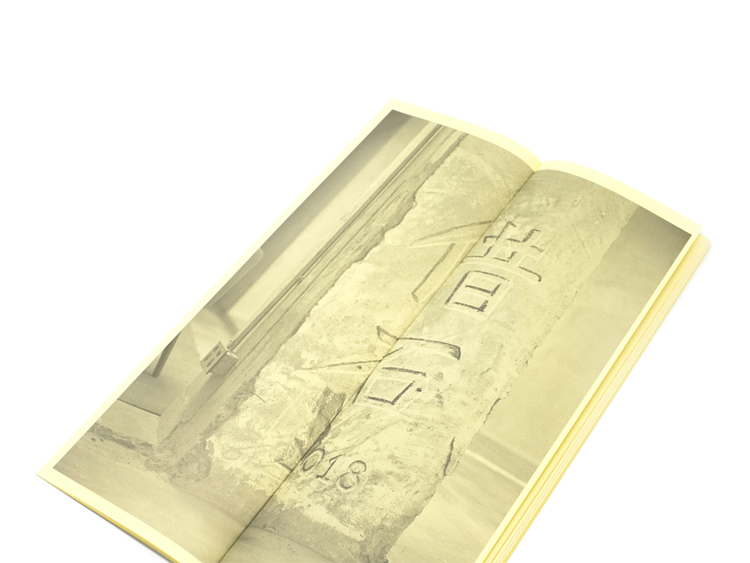 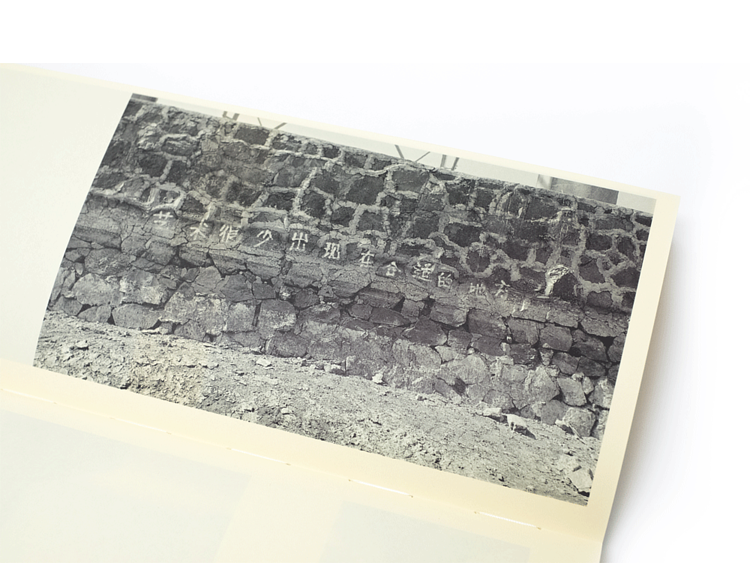