The Bird Project 2006–2017
by Erik Berglin
Over a period of twelve years, Stockholm based artist Erik Berglin wheat-pasted 4982 hand cut images of birds in natural scale, in twelve cities around the world. Each bird was placed in a carefully selected location, and subsequently documented by the artist, who works with photography as his primary medium.
For the duration of the project, Berglin sourced ornithology books in antiquarian bookshops and libraries. Their illustrations were scanned, edited and reprinted. Berglin spent countless hours with a scalpel and a pair of scissors, tracing the contours of the birds to free them of their paper imprisonment. Each year, Berglin traveled to a new city for his project. From start to end, a total of 4982 birds were wheat-pasted in twelve cities* on five continents, including New York, Rio de Janeiro, Berlin and Reykjavik.
In a time of animal spread viruses and worldwide mass extinction in the wake of the climate crisis, Berglin’s project can be approached from many angles. What caused these birds to seek refuge in urban environments, so far away from their natural habitat? What feelings does the sighting of a bald eagle in central London evoke? Is it merely a painful reminder of the once rich fauna, which today fights for survival in the steadily decreasing gaps in-between our cities? Or does it bring hope of a potential co-existence, made possible by these curious birds’ ability to adapt to a man-made world? Perhaps, the bird is merely a Poesque metaphor for something else?
Counting 208 pages, ‘The Bird Project 2006-2017’ features 101 plates printed in a highly complex process where the regular CMYK colours of the offset printing press have been replaced with fluorescent counterparts. The result is a much more vivid colour space than what would have been possible to achieve using traditional printing techniques. The plates are silkscreen coated with high gloss UV varnish, adding further to the depth and vividness of the colours. An index of all the latin names of the 4982 birds, along with the addresses where they were pasted, is included as a folded poster.
The book is printed in an edition of 500 copies, and is also available as a special edition of 30 copies, divided into three sets of ten books, each in a fluorescent acrylic glass slipcase with an inkjet print, signed and numbered by the artist.
*Gothenburg, Berlin, Tel Aviv, Casablanca, New York, Reykjavik, Madrid, Malmö, Rio de Janeiro, Buenos Aires, London, Stockholm
–
Erik Berglin’s (b. 1980) works range from interventions in public space to examination and appropriation of social phenomena and material found online and in books. Berglin takes an investigative approach to the medium of photography, examining both its technical possibilities and limitations as well as the boundaries between fact and fiction. Berglin lives and works in Stockholm.
-
Pages : 208
Size : 207×280
Year : 2020
Publisher : II'Editions
Edition of 500
All photos by II'Editions 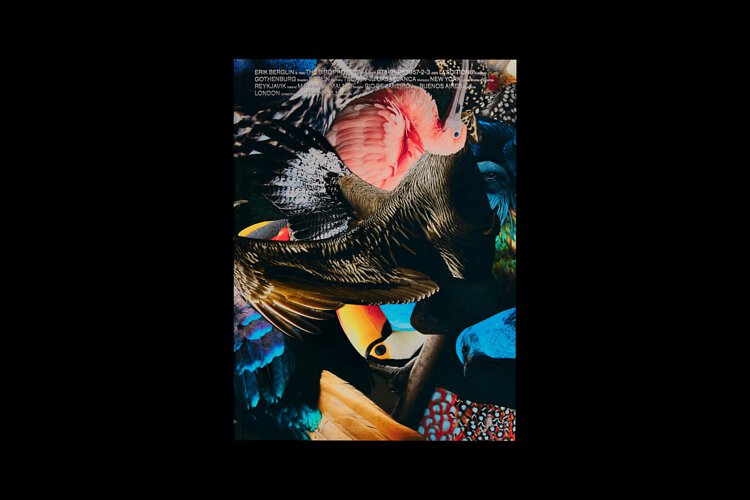 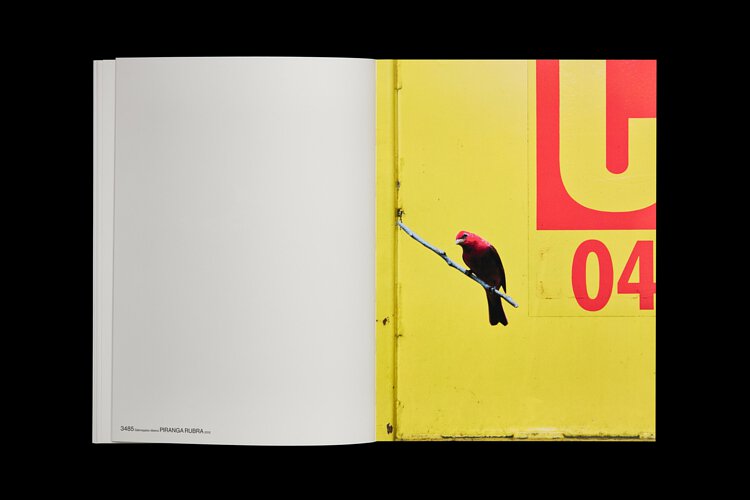 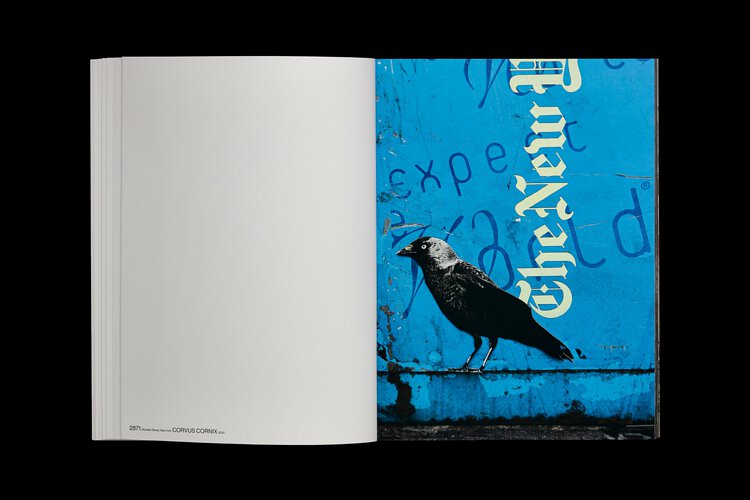 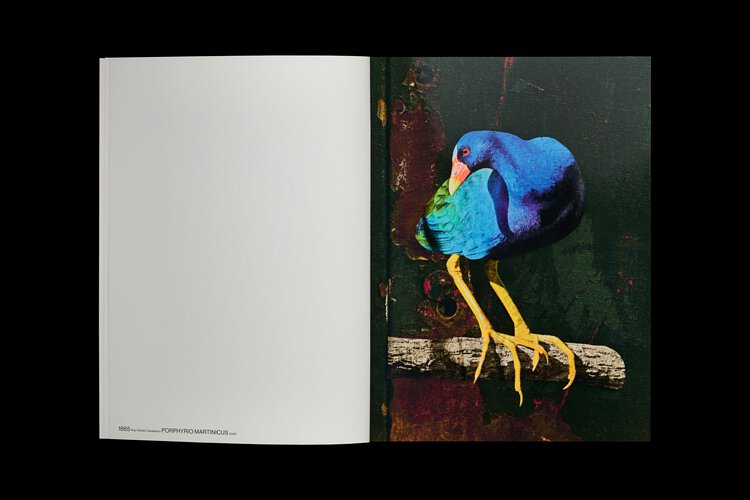 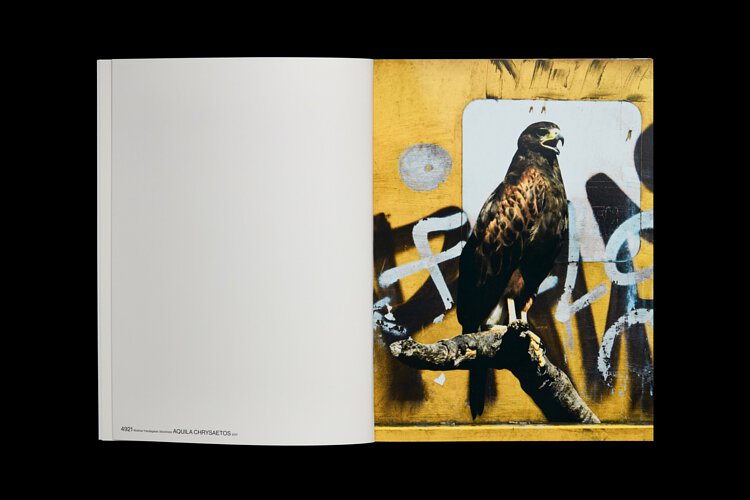 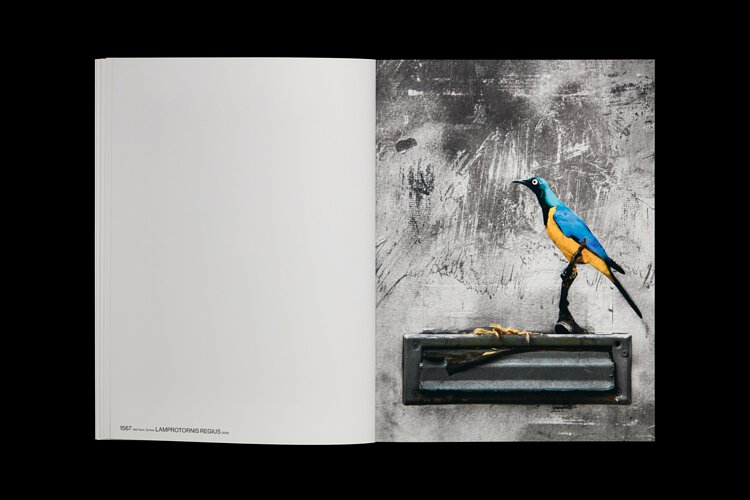 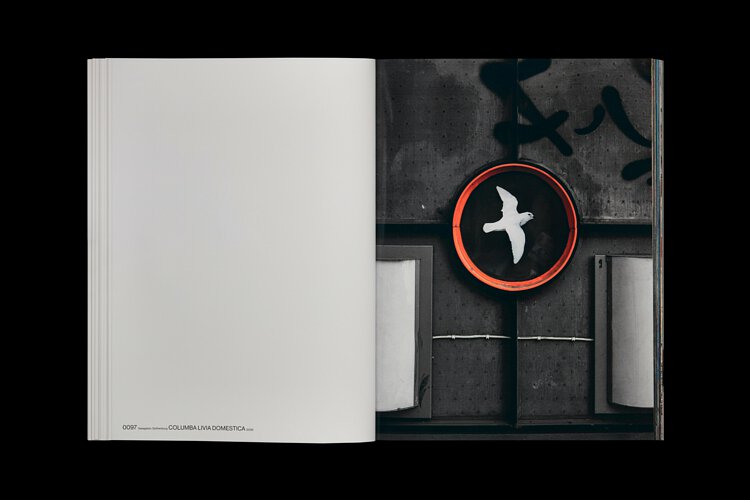 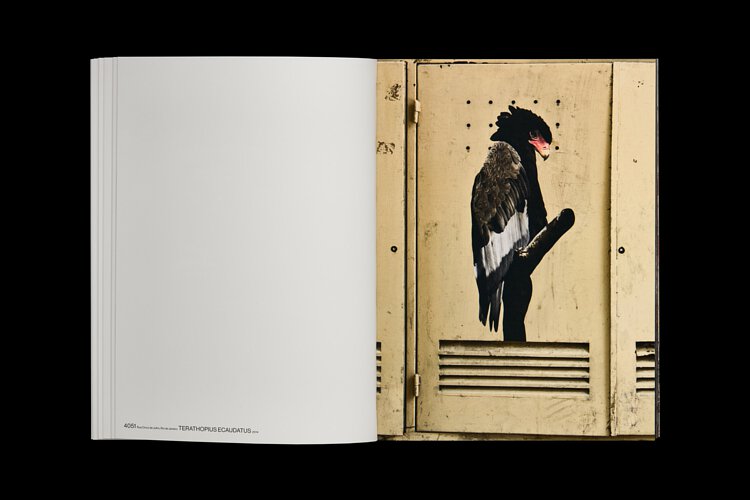 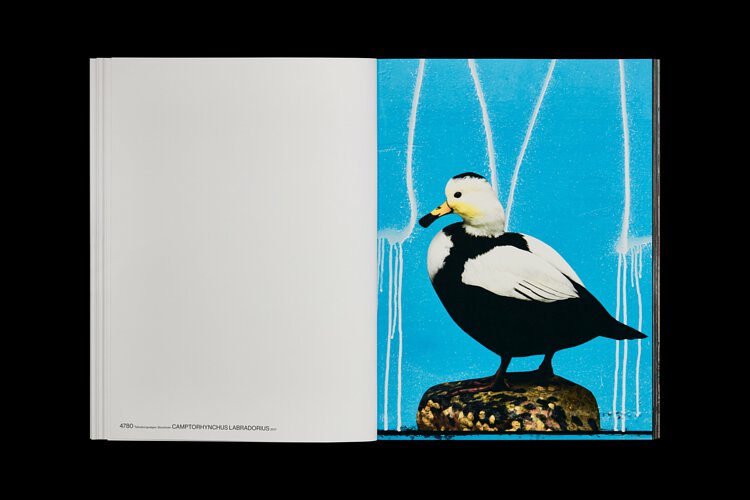 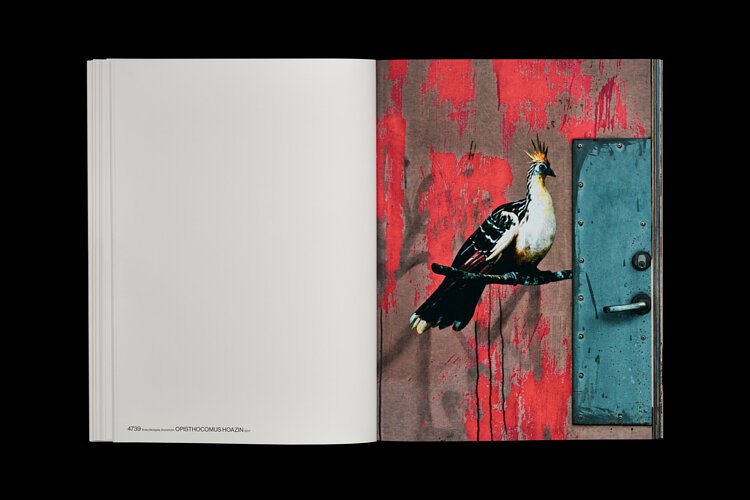 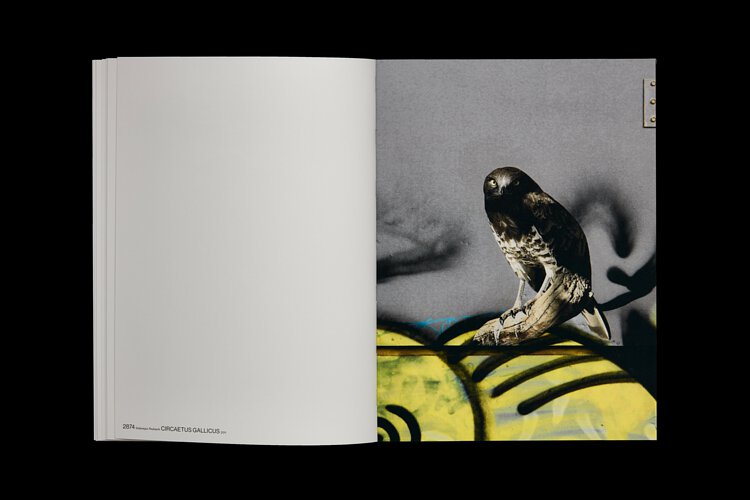 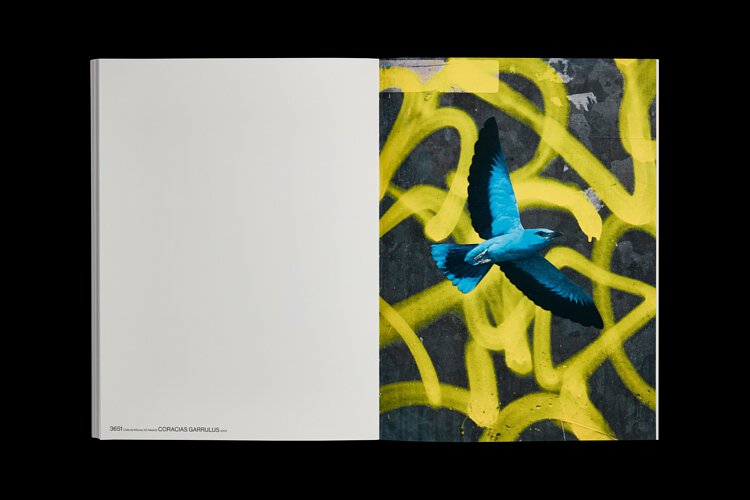 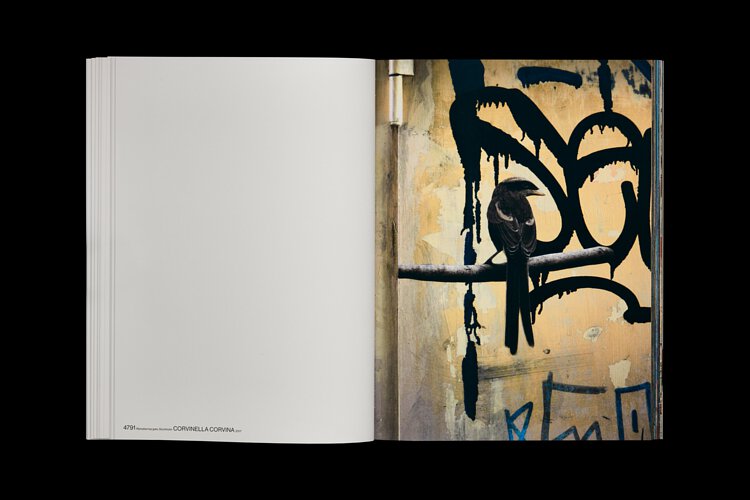 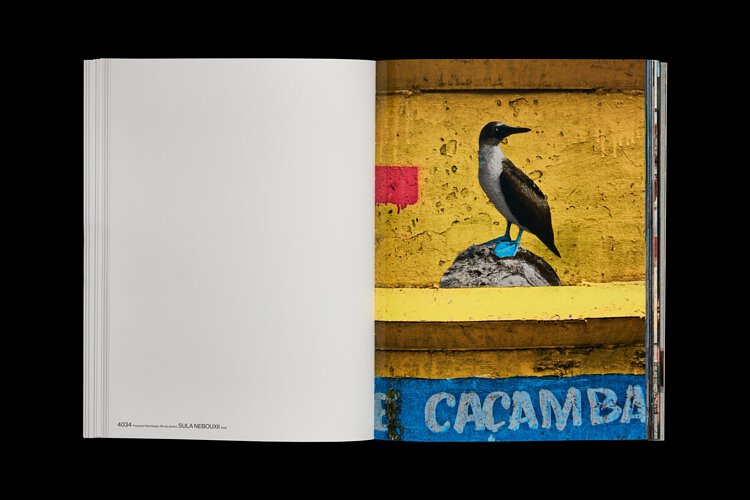 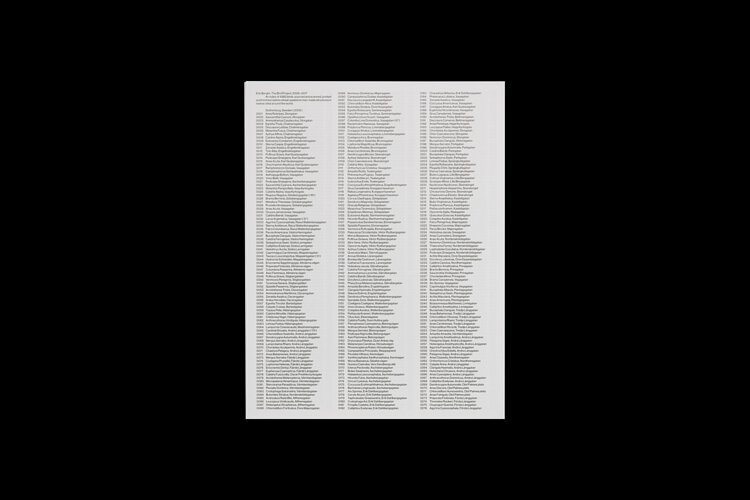 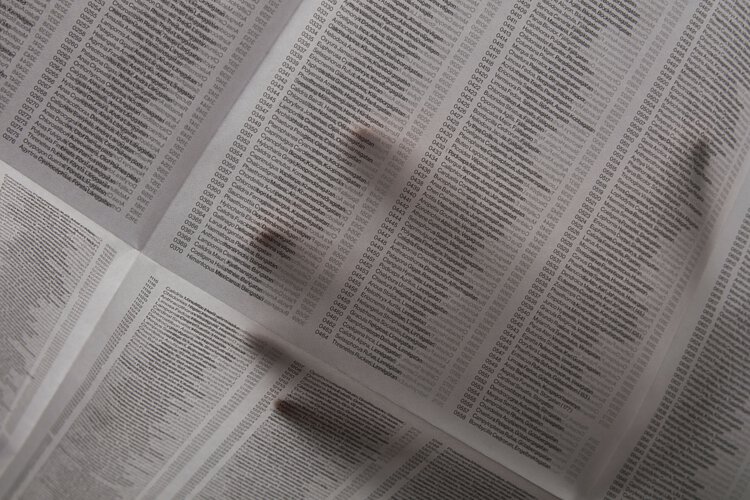